What about the swiss army workplace?

Within reason, features equal freedom. Sometimes, we forget this and it can take the vivid imagination of a child to remind us of our true desire to be surprised and to hold onto a sense of wonder.

Remember than time in your childhood when you could find the fascinating within each and every ordinary object?  How about the sheer ecstasy that came with the discovery of an object that boasted more than met the eye? It could have been a toy pirate ship with an accessible hull and extendable walking plank, a rectangular pencil case that hid a sharpening hole and calculator and of course, there was the Swiss Army (now Victorinox) knife.

While as adults, we no longer mentally transform pebbles into a stone boats for bull ants however, we can still find child-like pleasure in the ingenuity of a thing. A Swiss Army knife may no longer be enough to pique your focus but we never truly lose our inherent desire for the surprises contained within innovation.

This is a knife

That spirit of innovation that elicits those same unaffected thrills can be applied to the commercial interior design fit out. A Swiss Army knife is called a knife but could just as easily earn the name of Swiss Army corkscrew or Swiss Army can opener. It’s a knife, but it’s also so much more.

So too can your workplace be a workplace while at the same time, thanks to careful planning and skilled design, function as so much more. Cross-functionality is a bona fide boon to the modern workplace. It serves as an extension of the collaborative process, where inventive use of the design elements promotes meaningful interactions for specific purposes. A malleable fit out removes the static nature of office work, imbuing the workplace with a beating heart and moveable limbs. Your place of work becomes a living, breathing creativity and productivity incubator.

Jobs and the weeping watercooler

The cross-functional workplace bids so long, farewell and adieu to the office watercooler. Not to the physical object, but to the idea that if employees are longing for interactions with other human beings, they should slip out the side of their cubicle, head to the watercooler and wait. Sadly, it’s not uncommon for an employee at one end of the office to never truly get to know co-workers with a desk on the other side of the office. A successful cross-functional or open plan workplace design promotes interaction within and between departments, shunning segregation by expertise in favour of true integration and yes, collaboration.

Take Pixar, the animation studio taken over and sent stratospheric by Steve Jobs. He brought in Bill Gates’ go-to interior designer, Bohlin Cywinski Jackson, to help realise his vision for Pixar’s HQ and the 1000 staff members that would eventually end up occupying it. Jobs wanted nothing to do with the rigid and alienating confines of the cubicle farm.

As it stood, Pixar was divided into departments, each of which were segregated from each other. Computer scientists worked in one wing, animators in another. Jobs envisioned a campus where all partitions were leveled to the ground and departments were fused into a single space, designed to promote spontaneous interaction. Even the bathrooms were strategically placed.

“If a building doesn’t encourage (collaboration), you’ll lose a lot of innovation and the magic that’s sparked by serendipity.”

Jobs said that in 1999. As was the case with his software and hardware expeditions, he was way ahead of the curve in terms of thinking and foresight. As for the execution of his vision, John Lasseter —Pixar’s chief creative officer, director of Toy Story and Toy Story 2 and a legend in his own right—reported that “Steve’s theory worked from day one”. 17 years later, after producing some of the most successful, imaginative and emotionally effective animated films of all time, he sold the company to Disney for $7.4 billion USD.

You can almost see the watercooler’s big, bright, cartoon eyes weeping in the corner.

The modern cross-functional workplace builds on Jobs’ theory and ushers it into new and exciting territory. No longer are interior office designers bound by the stiff, strict placement of people and things. A catering area transforms into a meeting space. A conference room twists and turns into a small theatre. Desks are raised and lowered sparking a flexibility of movement that sparks flexibility of thought.

An extension of this meaningful cross-purposing is the integration of environments and the consideration of wellness. The injection of greenery into a workplace that’s right-angle-heavy lends a calming quality to the day-to-day. This subtle connection to nature adds an energy (and oxygen) to the workplace which promotes better mental health and therefore more freedom to create and innovate.

It’s an exciting time for not only the commercial interior fit out industry, but also for industry itself. A new, creative energy is emerging – one that’s ripe with ideas never before conceived and results never before achieved.  Happily, it won’t stop there. Commercial office fit out designers like us, just need to continue to remember and think about how we can reintroduce a sense of (childlike) wonder into workplaces we’ll come to love.

Powerhouse Group
Focusing creative minds on bringing to life a client’s vision while designing practical and aesthetic solutions to workplace challenges is rewarding work. The team draws on decades of cumulative, commercial interior design experience and understands that sometimes, pushing the boundaries of the brief can be just as powerful as refining a look and feel to suit the branded interior. It all comes down to experience and expertise.

for all things design, project management and beautiful offices that work 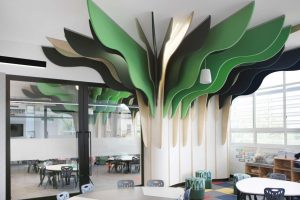 A place to learn with space to grow 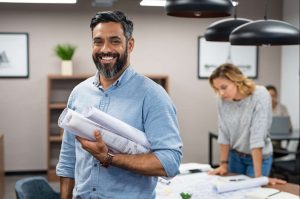 Have you been busy re-imagining and rethinking your business? 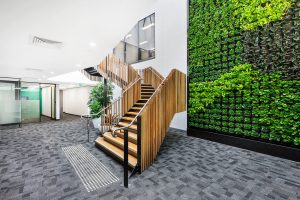 let’s talk about your office

get in touch
Scroll to Top